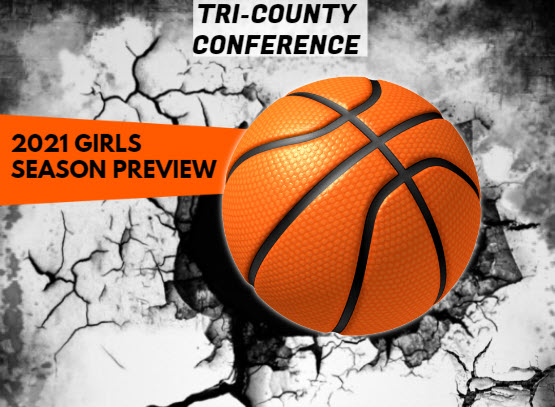 The Tri-County Conference will have a new look this season with the return of Britton Deerfield and the addition of Erie Mason but there will be a lot of familiar faces.

Last year’s co-champions, Sand Creek and Madison, both return all five starters and figure to once again be in the running for the league title.

Remarkably, all 10 of the top 10 scorers in league play last year return this season, led by Madison’s Carly Anschuetz (17.8 points per game). Libby Rorick of Morenci led the TCC in 3-pointers (15) and Abby Haller of Summerfield led the loop in free throw percentage (77.3 percent).

BD played a JV-only schedule last year but are back with a varsity roster.

Return to varsity action: BD didn’t have a varsity team last year, but used the time for a full 20 games of JV basketball to build experience in the program.

Coach says: “We are very optimistic and will win the games we deserve to win. What we lack in the varsity experience we will overcome with exuberance to want to play, dedication and desire to get better every day, and tenacity at the defense end. We are hopeful that the positive experience that we had last year will carry over this year.”

Player to watch: Liedel led the Eagles in scoring and rebounding last season.

Coach says: “Joining a new league (Tri-County Conference) will present some different opportunities and we are looking forward to the new challenges we will face.”

Player to watch: Anschuetz earned all-state recognition last season, averaging 16.0 points a game. “She is a returning captain and our leader in scoring, rebounding, steals and assists,” McNeil said. “She leads by example with her great basketball IQ and outstanding work ethic. It is a joy to have a player with Carly’s great attitude, skill, and leadership on the team.”

Coach says: “I am excited to see our team continue to grow and compete throughout the season.”

Player to watch: Bekah Shoemaker was one of the best players in the TCC a year ago but missed several games due to injuries. Libby Rorick led the team with 32 3-pointers.

Coach says: “It’s all about making adjustments as the season progresses.”

Player to watch: Carbajal exploded onto the scene last year to help lift the Aggies to a district title. “She has an innate ability to score,” Benge said.

Coach says: “This team has a broad range of talent. We have players that can score in the paint, from the perimeter, and out in transition. It’s a very talented group.”

Player to watch: Abby Haller led Summerfield in scoring (10.8 points per game) and rebounding last season. “Even though Abby is only a sophomore, she is the best passer and best shooter on team. She makes the girls around her better.”

Coach says: “We have done a lot of conditioning and more shooting drills and hopefully that will pay off for us this season because we like to go up-tempo and we definitely need to be a better shooting team.”

Players to watch: Kohler and Paige Thomas were both first team All-TCC last year. Thomas is a four-year starter and Kohler has started since her freshman season.

Coach says: “I believe we are going to see the experience (being young) our girls have gotten in the last couple of years pay off this season.”

Brought to you by the Whiteford Athletic Boosters